On 27 September 2021, the STREAMLINE management team presented the STREAMLINE project to ESRF staff through a virtual presentation. The aim of the meeting was to gather together all project participants, and to inform the ESRF staff, particularly scientists and engineers, about the project.

There were 137 participants in the meeting including the 6 speakers. All ESRF divisions were represented with the most significant participation from those in the Experiments Division (60 persons).

The outreach effort afforded by the meeting was particularly important to reach out to the scientists and engineers whom we hope will become involved at later stages in STREAMLINE tasks, for example in tasks involving the development of new services, and in networking and communication activities, especially the Scientific Roadshow, the Ambassador Programme and the Insight Programme.

Harald gave an introduction to the project highlighting how STREAMLINE is complementary to the ESRF-EBS upgrade and will prepare the ESRF for a new era of operation. Concerning work package 2 (WP2), Harald described an innovative strategy to identify areas of expertise of the ESRF through cross-cutting reviews of the science. WP2 aims to seek out areas of opportunity to boost emerging communities and even to create new communities.

Joanne described the development work of the user portal carried out by WP3 that helped the ESRF launch the ESRF-EBS to users on schedule for 25 August 2020 despite the Covid-19 lockdowns and with only mail-in/remote access possible due to travel restrictions and social distancing. Puma, bibliometric data analysis software developed by STREAMLINE, was demonstrated live for the audience. The new access models were described, and the three pilot proposals launched to test them.

Andy and Ennio together presented the work of WP4. Andy described the workflow tools and workflows that have been put into place through STREAMLINE, while Ennio described the high-throughput services that are being developed in collaboration with industry.

Marine presented the success stories of STREAMLINE’s outreach activities such as the Heritage Workshop, webinars, etc. She also described how the experiments division scientists and engineers can participate in STREAMLINE activities and asked for their help.

This meeting was a replacement for the project kick-off meeting that had been delayed through Covid-19 lockdowns and social distancing measures. 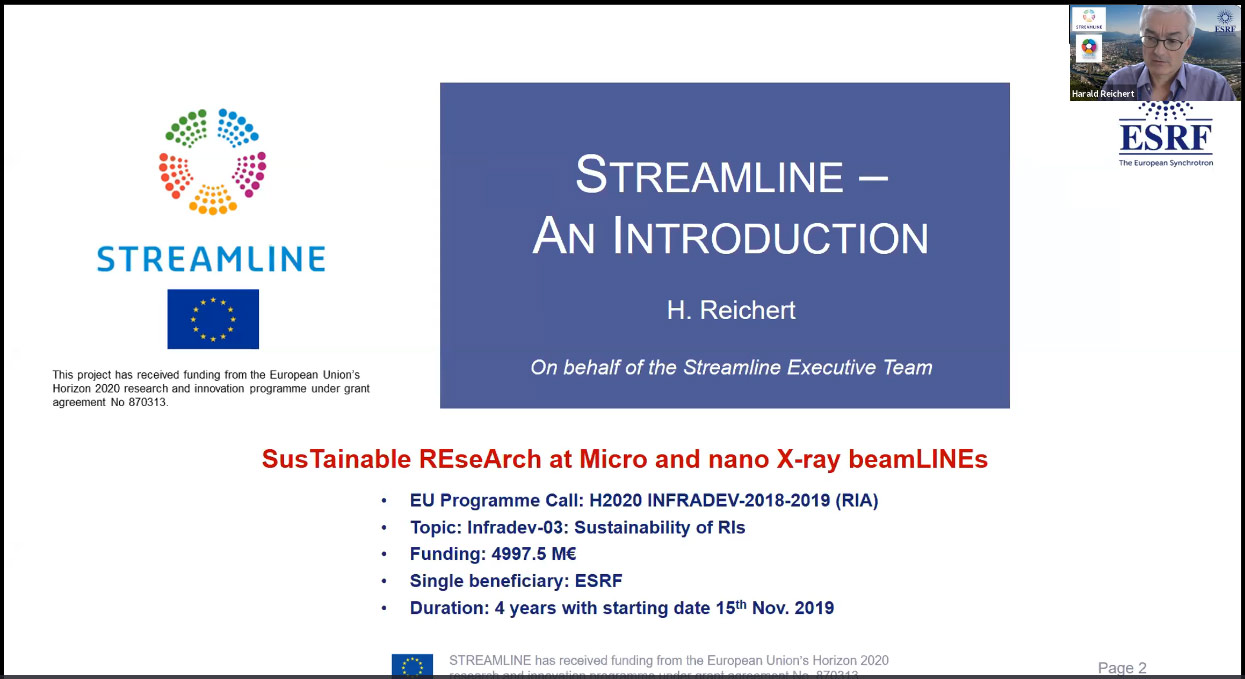